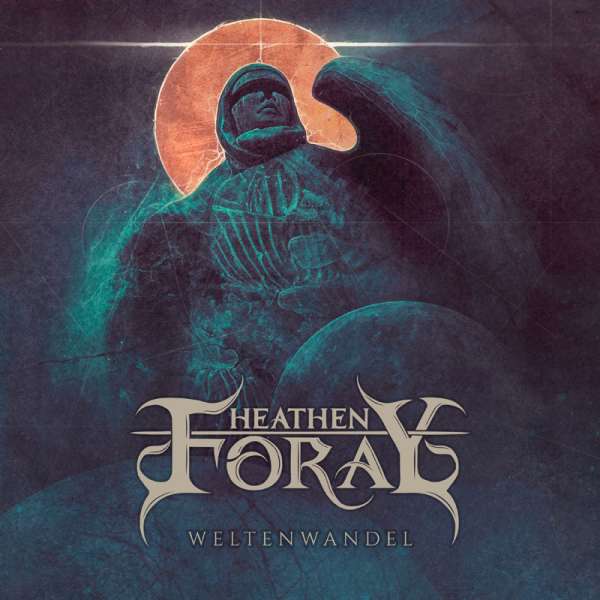 Following a three-year break to recharge the batteries, band founder Jürgen Brüder revived Heathen Forayin 2018. All new channeled energy was then put into the new album "Weltenwandel".
Darker sounds are combined with the band’s well-known pagan flair, and melodic metal fans will surely eat their hearts out.
The lyrics deal with the changes of society, freedom and the resistance against suppression. For the first time ever, all lyrics were written and performed completely in German.
Another novelty is that the band recorded the album in the band’s own studio in Graz, Austria, which allowed the band to work in a freer, more creative and more relaxed atmosphere. You clearly notice this while listening to the new songs.
Heathen Foray teamed up with co-producer Adam Train, who added finishing touches to the album in his own studio in London, UK.

Related links to "HEATHEN FORAY - Weltenwandel - Digipak-CD"
Evaluations 0
Read, write and discuss reviews... more
Close menu
Customer evaluation for "HEATHEN FORAY - Weltenwandel - Digipak-CD"
Write an evaluation
Evaluations will be activated after verification.
Similar products Customers also bought Customers also viewed
Similar products
EKTOMORF - The Acoustic - CD
€4.99 * €13.99 *
MINISTRY - Relapse - CD
€4.99 * €12.99 *
MINISTRY - Relapse (Ltd. Digipak-CD)
€5.99 * €14.99 *
FEAR FACTORY - The Industrialist
€6.99 * €13.99 *
MERRIMACK - The Acausal Mass - CD
€6.99 * €13.99 *
Customers also bought
Customers also viewed
CRYSTAL BALL - Crysteria - Ltd. Boxset
€29.99 *
CONFIDENTIAL - Devil Inside - Digipak-CD
€9.99 *
LONEWOLF - The Heathen Dawn - Ltd. Digipak-CD
€12.99 * €14.99 *
HEATHEN FORAY - Into Battle - CD Jewelcase
€7.99 * €13.99 *
AKOMA - Revangels - CD Jewelcase
€7.99 * €13.99 *
CRYSTAL EYES - Chained (Re-Release) - CD Jewelcase
€9.99 *
FIREWING - Resurrection - Digipak-CD
€9.99 *
ASSIGNMENT - Reflections - Digipak-CD
€13.99 *
Dear friends of AFM! Our customer service is on holidays from December 23 until January 2. Orders are of course still possible and welcome as always, but the shipping of your orders will only start again after the 3rd of January. For questions, requests or claims we will beginn answering them after we´re back for you. Merry X-Mas and a happy new year, yours AFM-team!
This website uses cookies, which are necessary for the technical operation of the website and are always set. Other cookies, which increase the usability of this website, serve for direct advertising or simplify interaction with other websites and social networks, will only be used with your consent. More information
Decline Accept all Configure