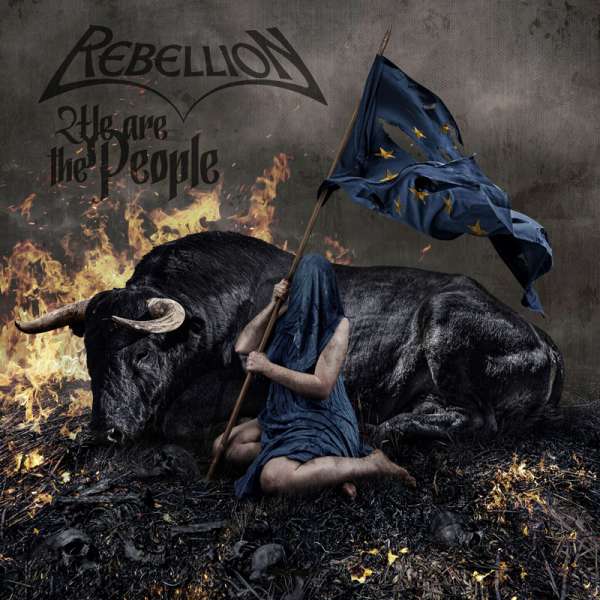 Description Evaluations 0
Description
Genre: Heavy Metal from Germany REBELLION are back with a new line-up and a new album! "We Are... more
Close menu
Product information "REBELLION - We Are The People - Digipak-CD"

REBELLION are back with a new line-up and a new album! "We Are The People" is a modern and very metal album, which was produced, mixed and mastered by Uwe Lulis.
This album covers themes from the French Revolution to after World War II. While you can expect the signature REBELLION sound, you will also get to know a different side of the band on this album.

The upcoming album is an unusual one for REBELLION due to its clear political statement.
REBELLION have once again put together a concept album, but this time they cover the time from the French Revolution until after World War II. The main message is that racism and nationalism are to be blamed for all the wars and destruction during the covered period.
Negative as this may sound, the album still ends with a positive message: The hope for a united Europe that has overcome the century of nationalism is most clearly put forth in the last song of the album, "We Are The People", which also is the title song of the new album.
From a musical point of view, the fans can expect a very modern sounding album.
"A Tragedy In Steel Part II: Shakespeare's King Lear" was leaning towards old-school sounds and methods of production.
"We Are The People" was produced by Uwe Lulis - founding member of REBELLION and now guitarist in Accept - who now produced a very modern and very metal sounding album.
And the band, which had undergone some line-up changes in the past 2 years, followed his lead with glee.
The band sounds just like the REBELLION we know in the first 2-3 songs on the album - but starting with the 4th song, things become a bit unusual.
The song "Vaterland" is inspired by the national anthem of Germany but uses completely different lyrics - some of them in German - thus criticizing the nationalism of that time.
In the following songs, other unusual musical elements and harmonies were being integrated to cover topics like the battle of Verdun, the Shoa or gods of war.
Uwe Lulis himself wrote the song about the second World War and played all the guitars on that song - well almost all, Simone Wenzel did also contribute a solo. So, this song is like a trip with a time machine, taking the fans back to the classical line-up of "Miklagard - The History Of The Vikings Volume II".