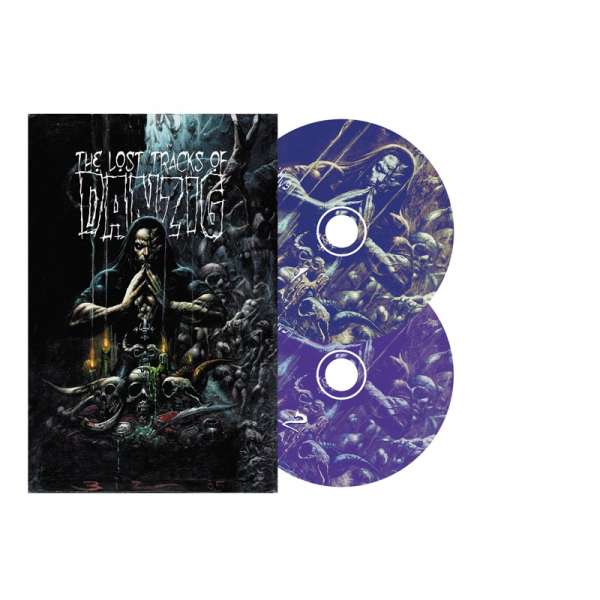 The 2-CD mediabook set “The Lost Tracks Of Danzig” is not just only obtainable again - there will be new vinyl releases, each strictly limited and in a special colour version.

"Whenever I've made a new album, I've recorded more songs than were needed for the final CD," said Glenn Danzig. "The songs that make it onto the final album 'fit' or 'flow' together as a whole. Consequently, some tremendous DANZIG songs have never been released, not because they weren't great, but because they didn't fit the overall vibe of the particular album, or for other reasons."
When Glenn began the "Lost Tracks" project, the songs were in various stages of completion — some were still in demo form, some had no vocals, some needed a different mix, a new bass or guitar track, or some other type of tweaking. So, after spending months tracking down and reviewing the original tapes, Glenn entered the studio and completed the tracks, handling the vocals and finishing all instrumental recording himself.

"The Lost Tracks of Danzig" will also contain a special 12-page booklet (8 page booklet with the vinyl releases) with a foreword personally written by Glenn Danzig, a sentence or two with the history or an anecdote for each track, and plenty of vintage photos.