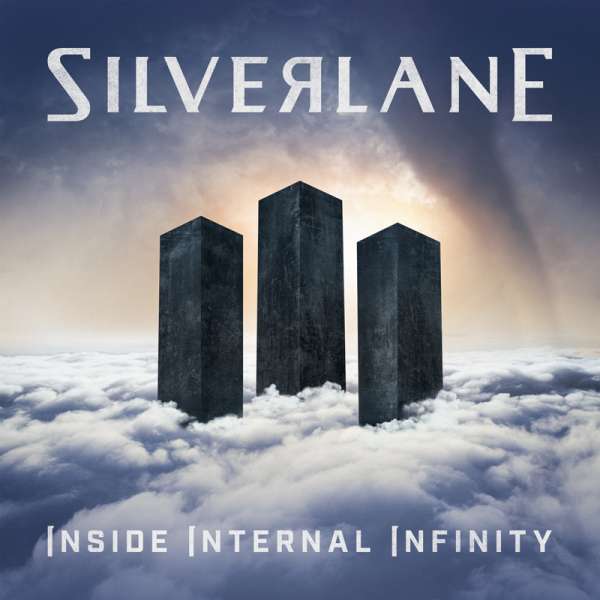 With 'Inside Internal Infinity', SILVERLANE are back with unimagined power! After more than 10 years since the last album release, the exceptional talents show that they are still full of energy. The new studio album will be released January 28th, 2022.

Once upon a time in beautiful Franconia, a few young people got together to make music. That, or something like that, is how the story of SILVERLANE could begin. The roots of the band go back to 1995, when the siblings Chris, Dodo and Simon founded something like a family band in their parents' garage. After releasing two albums on Drakkar Entertainment between 2008 (My Inner Demon) and 2010 (Above the Others) and touring in support of Lordi and Doro Pesch, it became quiet around the band. Children were born, houses were built, marriages were made and divorced again - but now SILVERLANE are back! More mature and better than ever before, they shine in metallic-modern splendour without forgetting their roots. The new frontman Tom Klossek has a big share in this.
"Actually, I had already given up on finding a suitable band and didn't have the energy to start all over again. I'd had to do that too many times in my life, but when I listened to the songs for a stand-in gig at Rock im Harz, I immediately noticed the love of detail and the vibes that were created. After the gig I immediately asked the band if we didn't want to start again TOGETHER. SILVERLANE 2.0 so to speak ... " says the Frankfurt native. So HEAR THEY ARE!
decades in the limelight and a life as a professional musician, in which he gave far more than 1500 concerts, he has now arrived at SILVERLANE. "Tom is the best singer I have ever recorded" emphasises Simon Michael. And that means something, because he is not only the mastermind of Silverlane, but meanwhile also a busy producer in the metal field and on top of that drummer of Subway To Sally for almost 15 years.
Chris Alexander (Git), Uli Holzermer (Leadgit), Daniel Saffer (Bass) and their new drummer Basti Kirchdörfer together with Tom Klossek (Voc) form a new, strong sound symbiosis rarely seen in Metal.
Tom comments: "Personally, I think it's a shame that bands nowadays don't dare to do anything or don't polish their songs enough. They just want to sound like what the market demands at the moment and that's enough for them. With SILVERLANE we all let off steam musically, experiment and simply have a lot of fun. The songs and especially the very harmonious and meticulous work with Simon as producer made it very easy for us to get the best out of ourselves!
Here are SILVERLANE and they do what they do best and what they are into - and that is powerful metal with symphonic elements" adds Simon. "They've always been good at that and with Tom they're even better!"
You can convince yourself of that now. SILVERLANE take off live again, and the new, highly innovative and power-packed album INSIDE INTERNAL INFINITY is waiting for its listeners.