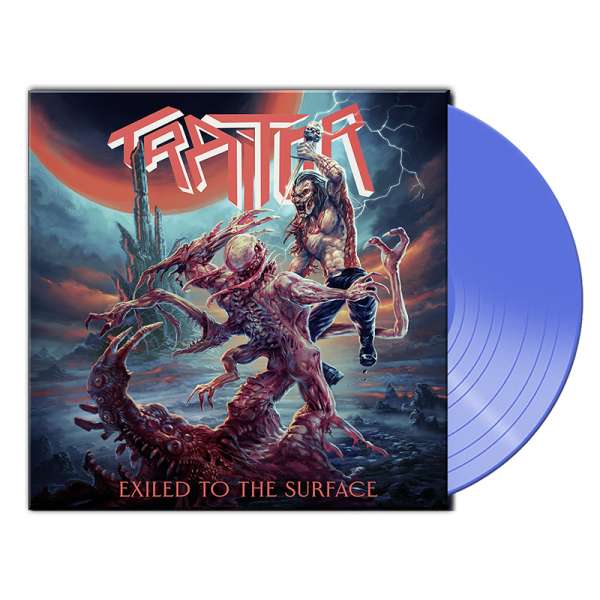 The Thrash Commando from Balingen strikes back. The title track of their new album "Exiled To The Surface" should be proof enough that TRAITOR have finally arrived in the first rank of Teutonic thrash metal. The riff storms unleashed by the two guitarists are precise as if cut with a scalpel, despite the speed of light, and the drummer's vocals, reminiscent of a young Mille Petrozza, cut through the eardrums like a phaser through Klingon steel. "Get ready for the thunder of the Teutonic Storm!"
For the documentary "Total Thrash", which will be released in German cinemas at the end of May and tells the story of German thrash metal, TRAITOR was not only allowed to contribute the title song of the same name, but also none other than Ruhrpott veteran Tom Angelripper of SODOM did the honors to sing the guest vocals in the studio. If that's not an accolade! Here the old school meets the new generation and the vibe of the 80s is transported into the 2020s. In the truest sense of the word "great cinema".

Side B:
8. Metroid
9. Into The Nightosphere
10.Space Seed
11.Decade Of Revival