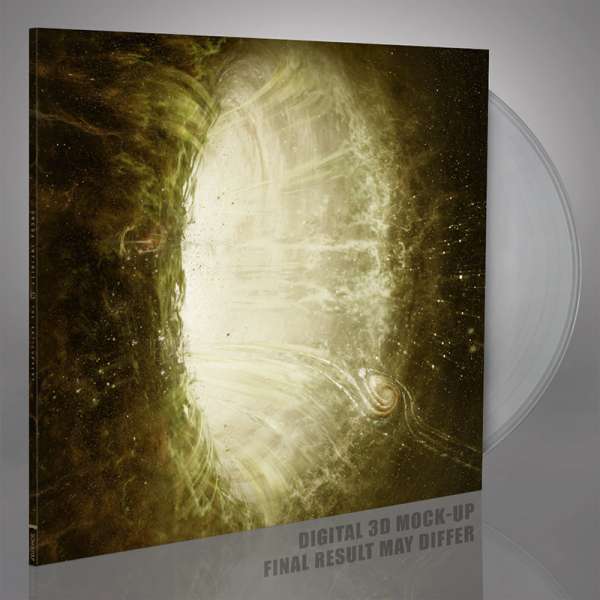 This product will be released on February 24, 2023

OMEGA INFINITY: The story of the endless cycle of birth and death told on a cosmic scale, being viewed from The Void that permeates the whole existence.
The debut album "Solar Spectre" (released in 2020 by Season Of Mist) created a dark and disturbing soundtrack for a journey through our own solar system, combining furious Black Metal of the 90's, harsh electronic and menacing ambient sounds with ancient growls and screams and gathered overwhelmingly positive press and fan response when it was first unleashed upon earth.
Not content with only one small statement and following their greater vision for The Void, Tentakel P. (TODTGELICHTER) and Xen (NE OBLIVISCARIS/ ANTIQVA) had already finished their sophomore album at that time, with only the pandemic preventing the vocal recordings and thus an earlier release.
"The Anticurrent" unleashed a very different view of The Void unto the listener. Rather than the blackness of space, the second album explores Time: From the Big Bang and the chaotic birth of the universe, the album's focus moves through the rise and fall of human civilisation, while zooming back out to a cosmic scale to witness the inevitable end of the universe in the menacing finale.
No OMEGA INFINITY album would be complete without cover versions (SEAR BLISS and EMPEROR) and the addition of friends as guests to the ensemble: Heralding The End together with the band are (in order of appearance) Adrienne Cowan (SEVEN SPIRES/ AVANTASIA), Lindsay Schoolcraft (ANTIQVA/ ex-CRADLE OF FILTH), Andras Nagy (SEAR BLISS) and Marta J. Braun (TODTGELICHTER/ VYRE).
If you ever wanted to know how a myriad of Black Holes devouring themselves in a time distortion sound - look no further than OMEGA INFINITY's sophomore album "The Anticurrent"!