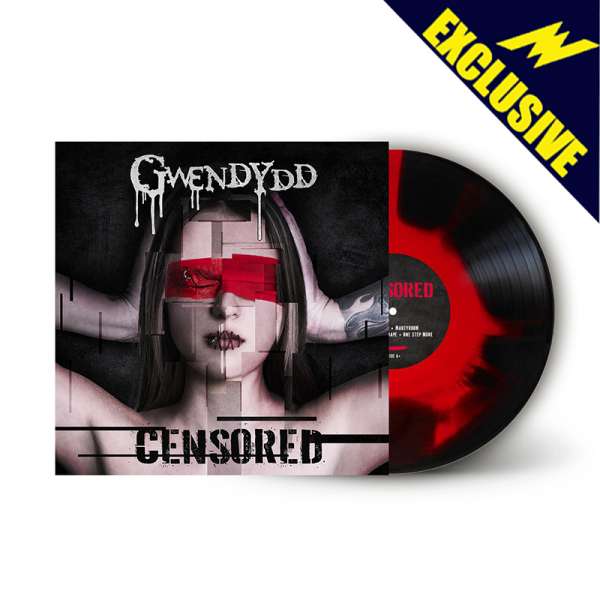 Reinforced by fellow underground musicians Tina Zhelyazova (gtr), Reni Angelova (gtr), and Sonya Radeva (bs) they work day and night and create what eventually becomes GWENDYDD. Named after and inspired by both mystical and historical medieval figure, they are now the first female-dominated metal band in Bulgaria. Only months later Vicky and her partner and partnerettes in crime release their first full-length album „Human Nature“.
Created in Sofia / Bulgaria in 2018 GWENDYDD is amongst the fastest developing bands in the scene. And even though the 2020 pandemic has hit them hard and destroyed all existing tour plans, it motivated the band to work harder. While being recognized by some of the most important magazines - such as METAL HAMMER and ROCK HARD, GWENDYDD takes the next big leap forward in their evolution in 2022. After teaming up with the legendary Germany-based label DRAKKAR, the release of their second album “Censored” marks the next big milestone on their journey. Complemented by the mastering fingerprint of Max Morton (Jinjer, Ignea,..) once again the band stays true to their principle: “Gwendydd’s music is 100% Gwendydd, and no one else”.
A genuine and brutal soundtrack to the disparity of reality, hopes, and dreams. Not coming from a gated community in Hollywood, but directly from the streets of Sofia, the capital of the poorest country in the European Union. Driven by a modern production, this hybrid of wrecking guitar riffs and adrenalizing drums builds up to an extreme-metal avalanche. The perfect carrier for that brute death metal voice, which cuts deep into the flesh of modern society - not only with words but with a message.
Following the release of “Censored”, GWENDYDD is ready to set the concert world on fire again. The participation on DARK TRANQUILLITY and ENSIFERUM’s double headlining tour as special guest and their first full-scale European headlining tour will be only the beginning.