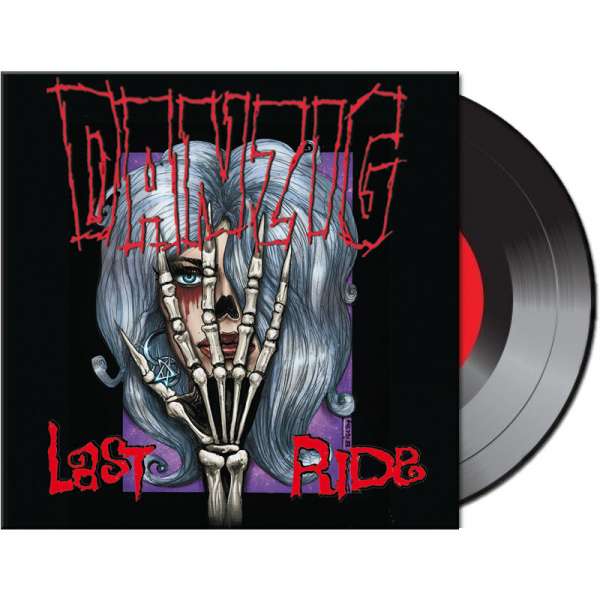 The 7” vinyl single available now!
Contains the single “Last Ride” and “Devil On Hwy 9” from the album Black Laden Crown.
Danzig: "Black Laden Crown" – First album of all new material in 7 years – released on May 12th, 2017!
Following on his historic reunion with the classic Misfits lineup attended by record numbers at last year’s Riot Fest in Denver and Chicago as well as the recent confirmation of a headlining set at this year's Blackest Of The Black festival… Glenn Danzig has now confirmed the title and release date of first Danzig album of all new material since 2010’s widely acclaimed "Deth Red Sabaoth”:
"Black Laden Crown", 50 minutes of long awaited brand new Danzig music, will be released on May 12th, 2017.
The details of “Black Laden Crown” follow on the announcement of Danzig’s Blackest of the Black Festival: Two days of non-stop music and mayhem taking place at Oak Canyon Park in Silverado, CA on May 26th and 27th. Danzig will close the festivities May 27th, headlining a bill featuring more than 20 artists playing amidst a full scale takeover and transformation of the park grounds featuring literally dozens of attractions, vendors, performers, and other surprises musical and otherwise. Blackest Of The Black promises to create a site-wide atmosphere like no festival before or since.
Additionally, this summer marks the 25th Anniversary of the classic "Danzig III: How The Gods Kill”. Produced by Danzig himself and featuring the unforgettable cover adorned by H.R. Giger’s Meister und Margeritha (The Master and Margarita), "How The Gods Kill" was the first Danzig album to crack Billboard's Top 30 and inspired Rolling Stone to rave in its review at the time, "Rock is alarmingly short of visionaries these days; Danzig is the genuine article.”
Danzig will be performing a limited number of shows this summer, commemorating the occasion with live performances of numerous songs from "How The Gods Kill".