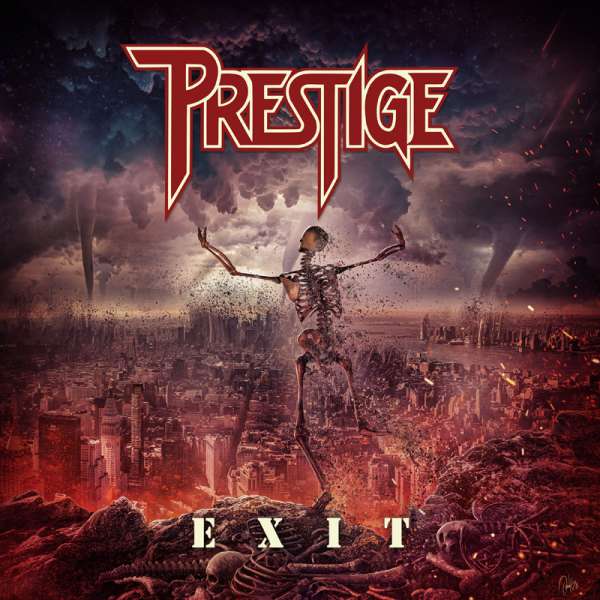 Finnish thrash metal veterans PRESTIGE are back, and deliver straight and aggressive no-nonsense, old-school thrash metal!
This limited 7" single contains the song "Exit" as well as the previously unreleased new song "You Weep".

PRESTIGE, hailing from Tampere (Finland), is one of the first and established thrash metal bands in the country, formed already in 1987.
Following an impressive career and discography so far, Matti "Matson" Johansson (ex-Korpiklaani) joined the band in 2020 as their new drummer, and together they entered the Fantom Studio in the summer of 2020 to record brand new tracks and to start writing new songs for an upcoming new album.
The new 7" is the first new physical release from the band in decades, and it perfectly sums up the band's attitude towards the music: Straight and aggressive no-nonsense, old-school thrash metal with a strong lyrical content.
Compared to the classic PRESTIGE releases, the new 7" has a modern and powerful but also straight to the point production, yet the energy and the attitude are the same and uncompromisingly genuine - a trademark of the band.
Vocalist/bassist Aku comments:
"Past decades haven't brought this collapsing globe - we are doomed to inhabit - the maximum amount of mayhem and chaos it deserves, so once again we had to do our best to deliver. And sure as hell, once again, we did!"


Tracklisting:
Side A:
1. Exit