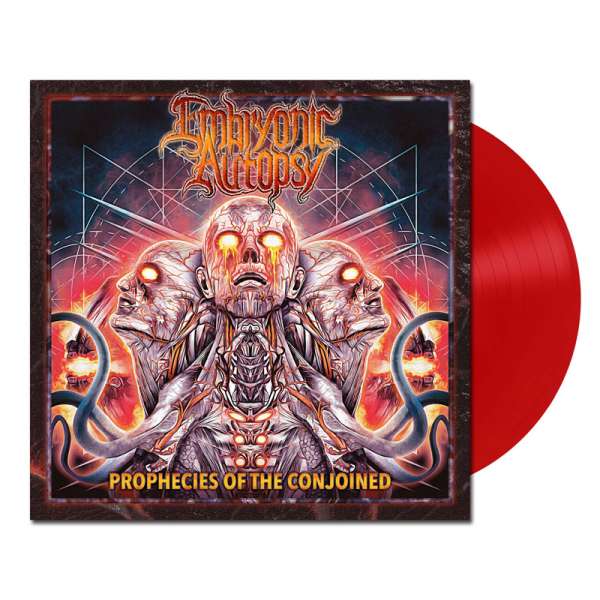 This product will be released on February 18, 2022

"Prophecies Of The Conjoined" is a concept album based on the theory of aliens visiting and helping to teach the Egyptian and Mayan cultures by furthering their technology. It would not be until centuries later that a spaceship crash in Roswell, New Mexico, would give scientists actual life forms to study. The DNA of these alien life forms were combined with human DNA to create alien/human hybrids. Although successfully spliced and kept alive, these hybrids were abominations of nature and soon turned against humanity.
From a musical standpoint, the album features some of the most intense and uncompromising extreme music following in the footsteps of the legendary predecessors that made the death metal genre the most extreme form of music on the planet. No studio tricks. No gimmicks. Just one goal: To bring back the guttural and raw force of early 90's death metal the way it was meant to be.
EMBRYONIC AUTOPSY are vocalist Tim King (Oppressor), guitarist/bassist/keyboardist Scott Roberts (ex-O T E P) as well as drummer Arnaud Krakowka. The band's live line-up features Tim King (vocals), Scott Roberts (guitars), Rob Such (bass) and Jason Meudt (drums).

Tracklisting:
Side A:
Regurgitated And Reprocessed
Cauterized Womb Impalement
Prophecies Of The Conjoined
Craving Of The Mutated Fetus
Upon The Mayan Throne